It was a weekend met with success as Highland’s Forensics Team traveled to Moraine Valley Community College in Palos Hills, Ill. to compete in the Regional Tournament.

The team is now preparing for a national tournament from April 8-15 in Daytona Beach, Fla. To showcase what they will be doing at nationals, the Forensics Team will host National Showcase of their performances from 5 to 6 p.m. on Wednesday, April 4 in room 120 in Building M on campus. 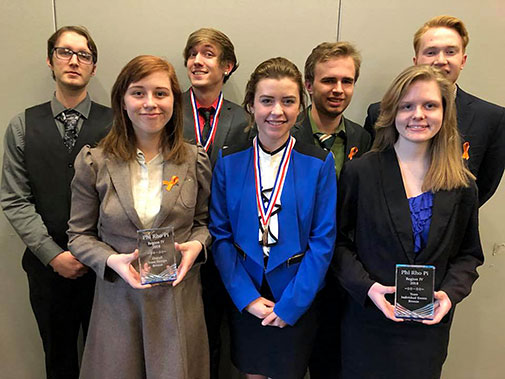