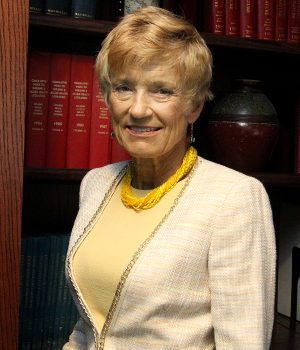 Gallagher served as a Highland Trustee from 2001-2019. In her illustrious career as a trustee, she served on both the local and state level. With ICCTA, she served on committees for Women in Leadership and Education, and also as the Northwest Region Chair. She also served on the Association of Community College Trustee (ACCT) Trustee Advisory. In 2016, Gallagher was recognized with the ICCTA Ray Hartstein Trustee Achievement Award and also the ACCT M. Dale Ensign Trustee Award. While active with ACCT, Gallagher was also active on committees for education, governance, and bylaws and also served as ACCT Illinois State Coordinator.

“I have had the pleasure of serving alongside Diane on Highland’s board for 12 years,” said Jim Endress, Highland Community College Board of Trustees, chair. “I admire her for always speaking up for Jo Daviess County. She served our college district well.”

Gallagher received her award at the annual ICCTA Awards banquet on June 7, at the Westin Chicago Northwest Hotel in Itasca, Ill.