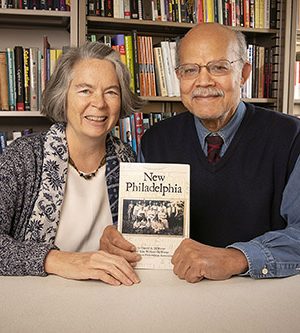 The town was the first-ever founded by a formerly enslaved Black man. Frank McWorter bought his pregnant wife, then himself, and 14 other family members out of slavery. New Philadelphia was home to descendants of both Africa and Europe. It was a stop on the Underground Railroad, helping freedom seekers escape slavery. Today the U.S. Congress is considering making New Philadelphia a national park.

The event is free and open to the public. For more information on the program or to receive the Zoom link to attend the presentation, contact Laura Watson at 815-599-3456 or laura.watson@highland.edu.