Competing with 15 teams, comprised of two-year colleges and four-year universities, the Highland Community College Dairy Judging team finished their season with a second-place finish at the Southwestern Exposition & Livestock Show in Fort Worth, Texas.

Judging consisted of several classes, including Brown Swiss, Jersey, and Holstein breeds, followed by four sets of oral reasons in which judges provide an explanation for their placing in dairy cattle evaluations. In the Jersey Breed, Riley Zettle was the second-place individual, and the team finished third. The team also finished third in Brown Swiss. In Holsteins, the team had a second-place finish.

The team would also like to thank the local dairy farmers that have opened their barn doors for practice. 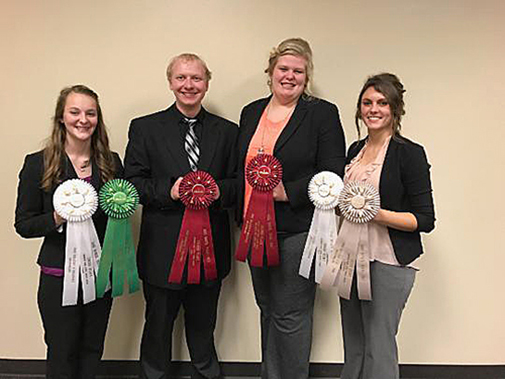