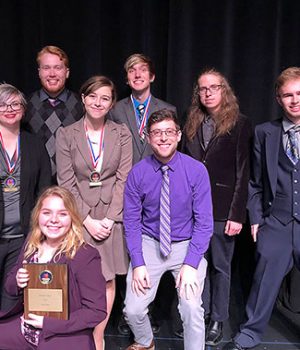 Highland Forensics began their season with three out of seven competitors breaking into public speaking events.

The first tournament of the year was held at Moraine Valley Community College, with schools competing from all over the state and Wisconsin. Of the 18 total schools that competed for trophies, Highland took home fourth place.

Josh Naujokas broke his Improv Acting and Humorous Persuasion events into the finals, taking fourth and fifth place out of seven competitors in each round.

Miah Dagle broke her Prose Interpretation (storytelling/narration) into the finals, taking fifth place out of seven competitors in the round.

Allison Barr took her Dramatic Interpretation (monologue/theater) into the finals, taking the fourth spot out of six competitors in the round.

The other students that competed were Krishcan Heitz, Alec Aurand, Veronica Gross, and Garrett Dunn, who all did exceptionally well, missing the finals by a few points.

“Not only am I incredibly proud of their performances, but I couldn’t be more honored that these seven students represented Highland,” said Bill Lucio, Forensics coach. “A lot of the coaches from other schools took notice how much our team at Highland has grown in size.” 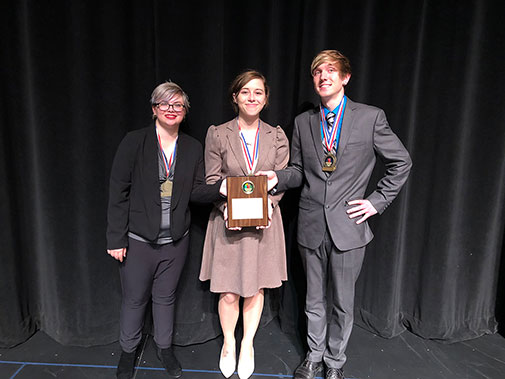