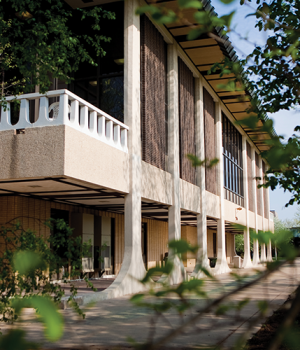 The research is a reaction containing a reagent with bonds between boron and nitrogen. The reaction is similar to one that may be found with reagents containing bonds between carbons. Inducing carbon-like behavior from a boron atom may prove useful in various synthetic pathways. 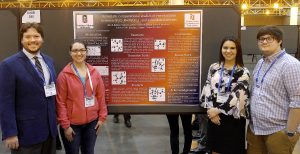 The two students attended the meeting with their instructor Brendan C. Dutmer, Ph.D., Associate Dean of Natural Science and Mathematics at Highland Community College, who has worked with a number of Honor’s project students. Most of the projects have been run in conjunction with Northern Illinois University and utilize the university’s resources. The research presented to the greater chemistry community is hopefully publishable.

“The meeting was quite memorable and productive for Jenna and Keaton,” Dutmer said. “They were able to present their work and discuss it with fellow scientists. They also were able to visit the exposition where companies show off their instrumentation, books, and products.”

Lafferty and Lawson are looking into becoming American Chemical Society members and have plans to pursue Biochemistry degrees at the University of Wisconsin-Platteville in Platteville, Wis. Both have aspirations for medical school.