Reinke will be responsible for developing and executing fundraising programs which benefit the College and its support of students, according to Todd Weegens, President of the Foundation Board of Directors.

“The quality of candidates considered for the Executive Director position was exceptional, and Mr. Reinke emerged as the clear choice to lead the Foundation in our mission to provide support of Highland Community College,” Weegens said. “Jeff offers extensive experience in the business of fundraising and philanthropic gift giving, which is essential in meeting the challenges of today and assuring our continued success in the future. I believe the needs of the College require a person with the skill set and proven record of success that Jeff brings to the table, and I look forward to him fully transitioning into the leadership role over the next several months.” 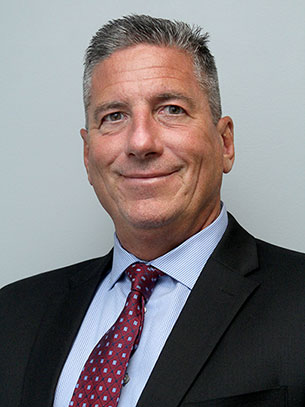 Reinke has more than 35 years of not-for-profit experience and recently served as Assistant Vice President of Major Gifts for the Alexian Brothers Foundation and AMITA Health in Chicago, where he oversaw the Major Gifts program for a $28 million Behavioral Health Campaign.

“I’m honored to have the opportunity to serve as the next Executive Director of the Highland Community College Foundation. I look forward to working with the Highland community, the Foundation Board and the many volunteers and donors to further the mission of Highland,” Reinke said. “I’m truly welcoming the chance to work directly with Jim during the transition. His many years serving as both a Foundation Board member and an Executive Director will be invaluable in building relationships with the donors who have made tremendous commitments to HCC.”

Reinke began his not-for-profit career with the Muscular Dystrophy Association (MDA) where he eventually assumed the role of District Director and was responsible for coordinating the annual Labor Day Telethon. He left MDA to accept the position of Executive Director for the Rockford Area Office of the American Cancer Society. He introduced Hoops For Life, a 3-on-3 basketball tournament that generated more than $30,000 locally, which eventually grew into a state-wide event in 22 different communities, including Freeport.

Reinke has held positions as the Director of Development at Keith Country Day School in Rockford, and the Executive Director of the I.D. Pennock Branch and Vice President of Development for the YMCA of Rock River Valley. At the YMCA, he coordinated the annual Strong Kids Campaign which generated more than $4.5 million to build a new facility on the northeast side of Rockford and raised more than $100,000 over a four-year period for the YMCA Gus Macker Youth Basketball tournament.

Reinke holds a Bachelor of Science degree in Journalism and Marketing from the University of Wisconsin-Oshkosh. He resides in Winnebago with his wife Chris, who is a special education teacher for the Winnebago School District. They have five children ranging in age from 22 to 32 and have one grandchild. His interests include his family, biking, travel, and love for the game of basketball, where he has coached, played and watched his children for more than 25 years.

The Highland Community College Foundation is a private not-for-profit 501(c)(3) charitable organization which supports the mission of Highland Community College. Since its creation in 1962, the HCC Foundation has provided more than $7,356,333 million in scholarships to students; more than $12,656,472 million in grants to the College, with a total of $20,012,805 given out through the Foundation â€” all because of the continuing investment by citizens of northwest Illinois.

Visit the HCC Foundation at highland.edu/foundation or on Facebook at Highland Community College Foundation. For more information on the Foundation call 815.599.3413 or e-mail foundation@highland.edu.