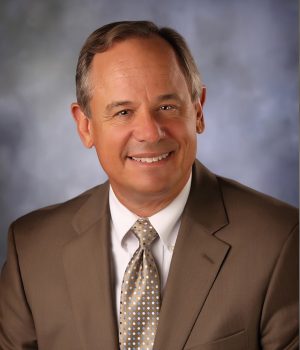 FREEPORT — Highland Community College’s president, Tim Hood, will retire in June at the end of his second multi-year contract with the College. Hood shared his intent with the Highland Board of Trustees during the closed session at the January 28 regular board meeting. He has served as the president since July 1, 2015.

“We are appreciative of Tim’s dedication to Highland and wish him the best on his retirement,” said Jim Endress, Chair, Highland Community College Board of Trustees.

During Hood’s years at Highland, he revitalized the Lifelong Learning program, added multiple new programs, and was instrumental in doubling the number of transfer agreements with 4-year colleges and universities.

He helped grow the CollegeNOW program from 2 to 11 participating high schools, giving area students the opportunity to enroll full-time in college-level courses while earning dual credit toward a high school diploma and an associate’s degree.

Calling it a “somber period” Hood helped the College bounce back from the 2016-2017 Illinois Budget Impasse where the College was short more than $2 million in state funding.

Cultivating a partnership with the Community Foundation of Northern Illinois (CFNIL), Hood helped write and secure a matching grant proposal that paved the way for the HCC Foundation to raise money to fund nearly $1 million to support student scholarships for those with financial challenges. Hood and Rock Valley College president Dr. Doug Jensen helped write and secure a $675,000 grant for both colleges to collaborate in expanding career pathway opportunities with area schools and businesses.

Other grants awarded during Hood’s presidency include a $1.4 million Project Succeed grant, a $1.3 million Upward Bound grant, and a $30,000 CCampis child care grant. Hood also commended the entrepreneurship and collaboration of the faculty and staff-led solar array project that is estimated to impact the Highland budget by about $30,000 annually.

More than 1,970 graduates have completed certificates or degrees, and 1,900 business professionals completed leadership or customized training programs during his presidency. This May’s commencement will be Hood’s last as Highland’s president.

As Hood reflected, “We have some of the best programs and student support services in the state, largely thanks to the collaboration between extraordinary faculty, staff, college board members, our Foundation, with tremendous support from educational and external partners. It has been a privilege and an honor to serve with all, and we can be very proud of what we have accomplished working together.”

The Highland Board of Trustees will hold a special meeting later this month to start the process of a succession plan.

“At that time, we will discuss the next steps for Highland and our community,” said Endress.